January 27, 2021
Home SPORTS NEWS “Always believe” Didier Drogba shares emotional story about how his teammate helped him win the Champions League with only 8 minutes to go

Didier Drogba took to Twitter to narrate the emotional story about how Spanish footballer, Juan Manuel Mata García, helped him win the Champions League at a time when he thought all hope was lost.

It was in 2012 and Chelsea’s manager had just been sacked. He said the team decided to give their all, having chased the trophy for 8 years without doing better than “runner up”.

He said Garcia looked at him and told him, “Man, you’re crazy. You’re Didier Drogba and you’re gonna help me win it.”

Didier replied to him: “I’ve been here for eight years and never won it, so I believe you’re the one who’s gonna help us win.”

Three months later, they were in Munich for the final and Drogba said he had lost all hope as the host club had the lead with only 8 minutes to the end of the match.

But Juan Garcia told him, “Believe Didi. You have to believe.”

Didi, who said he was in tears, responded, “Believe in what? It’s almost over.”

However, at the last minute, Juan Mata Garcia took the corner kick and led the team to victory.

Drogba said the lesson in his story is “always believe.”

Read his thread below. 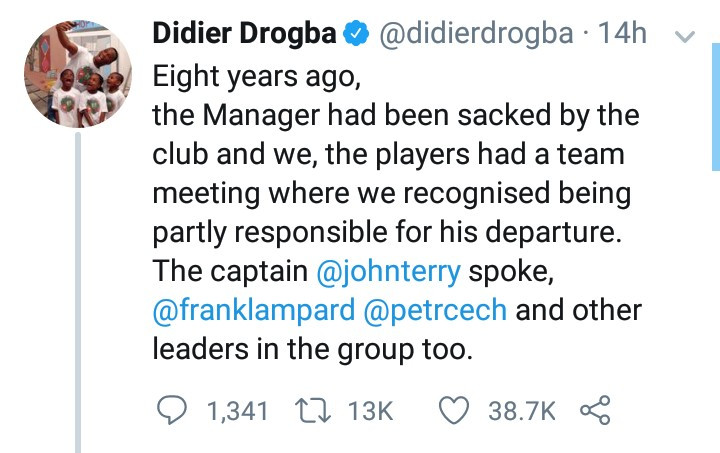 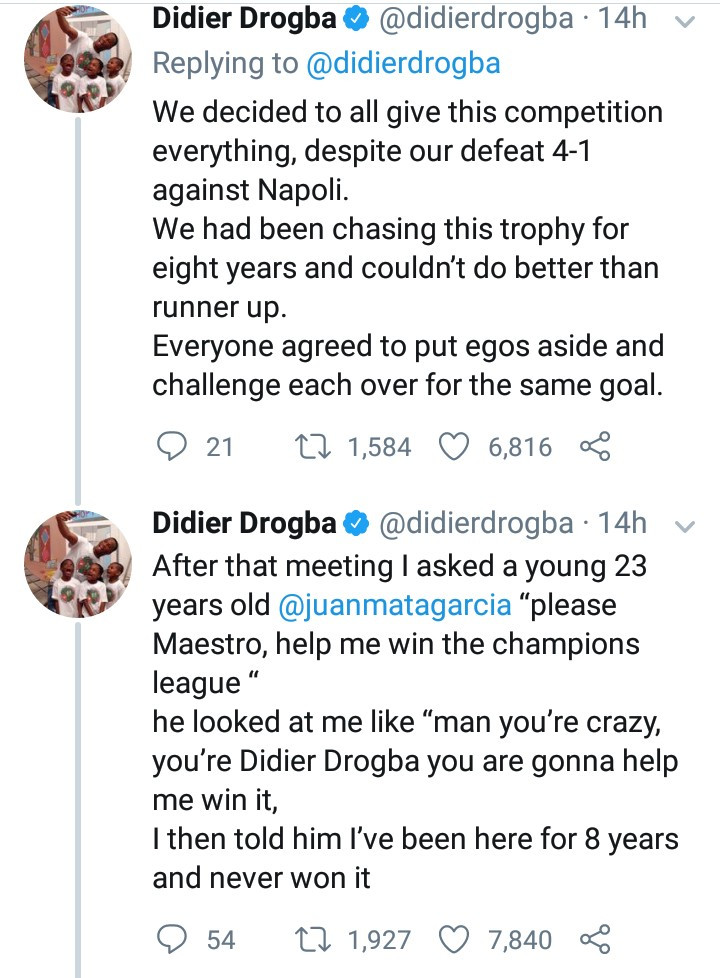 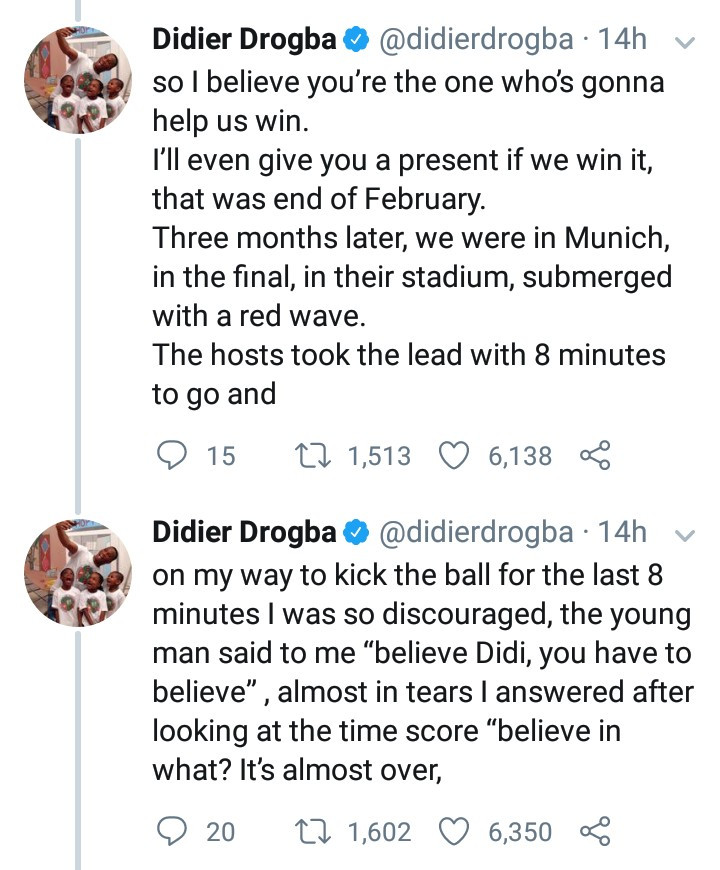 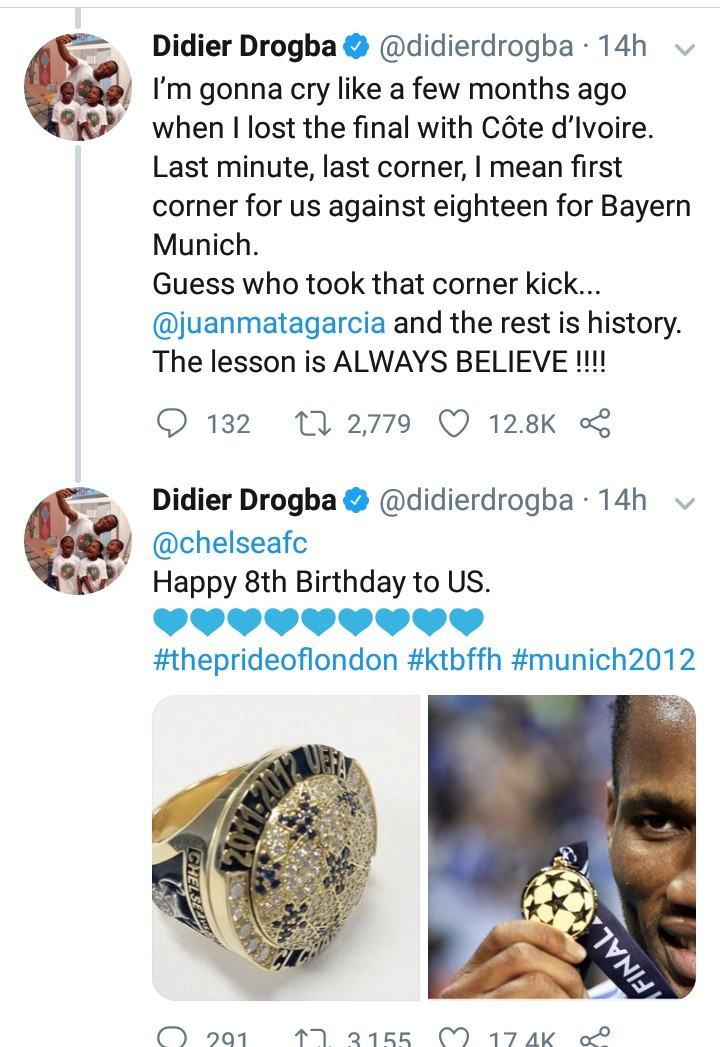