Governor Andrew Cuomo announced that there are now 25,665 cases of deadly virus in New York state resulting in 210 deaths.

Cuomo disclosed that New York which currently has 4,000 ventilators, needs at least 30,000 of the breathing machines to care for the influx of coronavirus patients that is expected to hit  the state in two weeks. He further revealed that they have procured 7,000 and have only received 400 from the federal government.

The New York Governor who pleaded with the Trump administration for more ventilators from the national stockpile of medical supplies, stated that there are about 12,700 ventilators in that stockpile but only 400 was sent to New York.

“There is no other way for us to get these ventilators.

“We’ve tried everything else. The only way we can obtain these ventilators is from the federal government. Period. 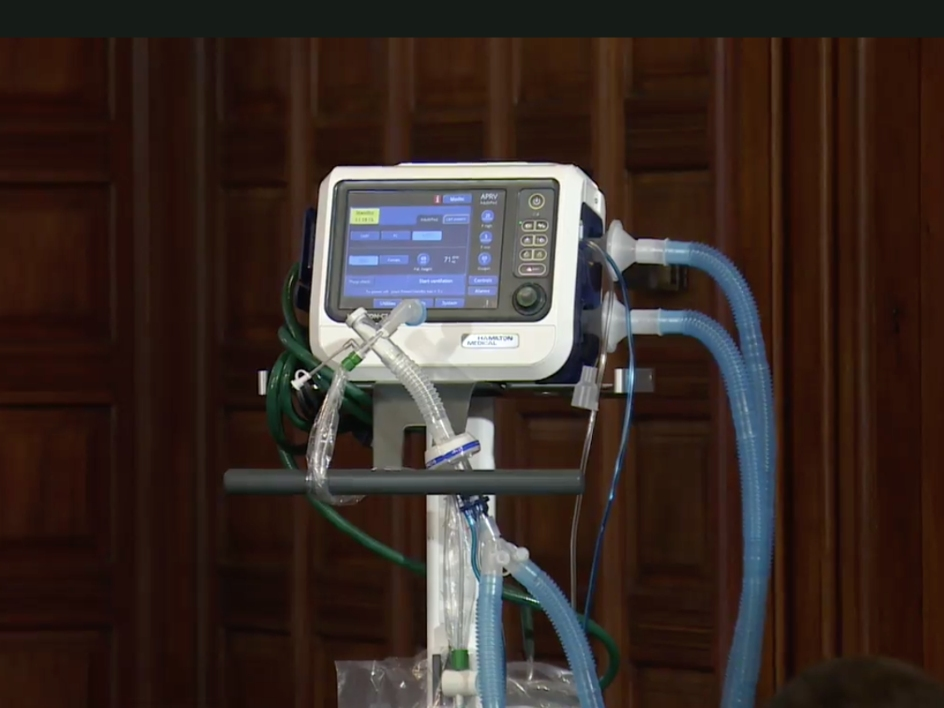 “Volunteerism is nice. It is a beautiful thing. … That is not going to get us there, and I do not for the life of me understand the reluctance to use the Defense Production Act.

“So you’re asking a business to produce what is a sophisticated piece of electronic equipment, a ventilator, and to do it in 14 days. That’s an enormous undertaking. They can’t do that on a voluntary basis.”

The Governor stated that with the shortage of ventilators, they might be forced to try an experimental procedure of using one ventilator for two patients.

“This is a critical and desperate need for ventilators. We are going so far as to try an experimental procedure where we spit the ventilator. We use one ventilator for two patients. It’s difficult to perform, it’s experimental, but at this point, we have no alternatives.”

President Trump has however resisted using the Defense Production Act, saying last week that “the concept of nationalizing our businesses is not a good concept.”

Here is Cuomo’s video below;