July 15, 2020
Home ENTERTAINMENT Epic! See how to Connect your Phone to your TV!

To connect a tablet or Smartphone to a television, you can make use of a Micro-HDMI cable (only if supported) or an MHL/Slimport (through Micro-USB), or cast your screen wirelessly using Chromecast or Miracast. In this article, we will look at the different options for displaying your tablet or phone’s screen on the television. Also, there is another way to share your Smartphone screen while on a call.

Smartphones and tablets are ideal for individual users – long battery life, lightweight, and with sharp, bright screens which make light work of everything from reviewing phones to watching films.

Bigger crowds will demand bigger screens: so, here is how you can connect your Smartphone or tablet to your television without drowning in a river of cables or emptying your bank account.

We live in the content age, thanks to streaming services like Amazon Prime Video and Netflix. However, this is not so good when you’re sharing the experience with several people.
Your television is ideal for this and we will explore the options as regards displaying your mobile content on a big screen. Also, we will be looking at the services which will allow you to share your videos, photo and subscriptions on the bigger screen – and those which won’t.

The amazing feeling associated with displaying video directly from your Smartphone to a TV is unbeatable. The beautiful thing about Smartphone is that there are several ways to get this done. A wireless standard known as Miracast creates an ad-hoc network between 2 devices, typically your Smartphone and a set-top box that supports Miracast 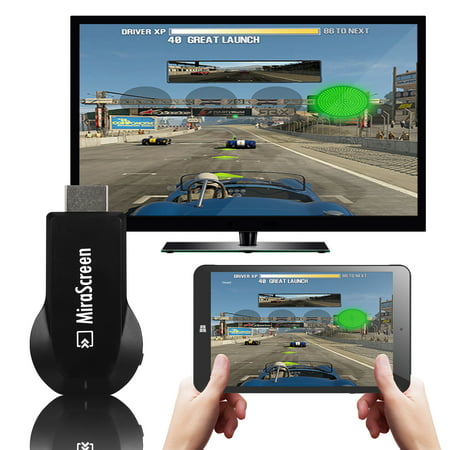 Chromecast mirroring used to be supported by only a few devices, but now all Android phones running version 4.4.2 or higher are able to support this Cast Screen feature.
However, there is a list of Android phones which have been tested to perform perfectly for Android Screencast.

How to connect Smartphone to TV – HDMI

High Definition Multimedia Interface (HDMI) is the most popular interface standard. If your television was purchased within the last decade, it should have an HDMI port, just like almost every games console, set-top box and a good number of video and still, cameras do. 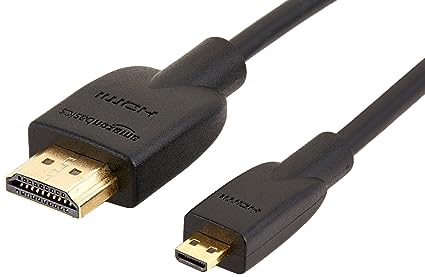 The advantage of HDMI, asides its ubiquity (implying that it is cheap), is that it can accommodate HD audio and video simultaneously, allowing the connection of devices without bothering about watching a movie in full High Definition but having to use your Smartphone’s small speakers. An HDMI port is an advantage which most Android phones have over Apple’s devices.

There are three different sizes of HDMI plugs. Regular HDMI is the full-sized ports you will find on devices that do not have issues with space: think games consoles, laptops and TVs. The sockets you will likely find on phones and tablets will either be Mini HDMI or Micro HDMI. Of these 3, Micro HDMI is the smallest.

Regardless of the kind of port your Smartphone has, getting it connected to an HDMI socket will not cost you a fortune: prepare to spend less than $10 (less than $5 for some) for an HDMI to Micro- or Mini-HDMI cable.

Several kinds of Smartphones have either HDMI or its smaller variants. It is the simplest approach.

You are not limited to purchasing a Smartphone with an HDMI port to get it connected to your television, though.

How to connect Smartphone to TV – Slimport or MHL

HDMI is simple to comprehend: it is a port which does only one thing, after all. The con is that not every tablet has an HDMI port, and very few Smartphones do. The great news is that there is a pair of largely-supported standards that have emerged which allow owners of Smartphones to connect to external devices with the use of their micro USB port.

These standards are known as Mobile High Definition Link (MHL) and the latest Slimport. They both look similar, which obviously implies that they make use of the micro USB port on a Smartphone to deliver videos. 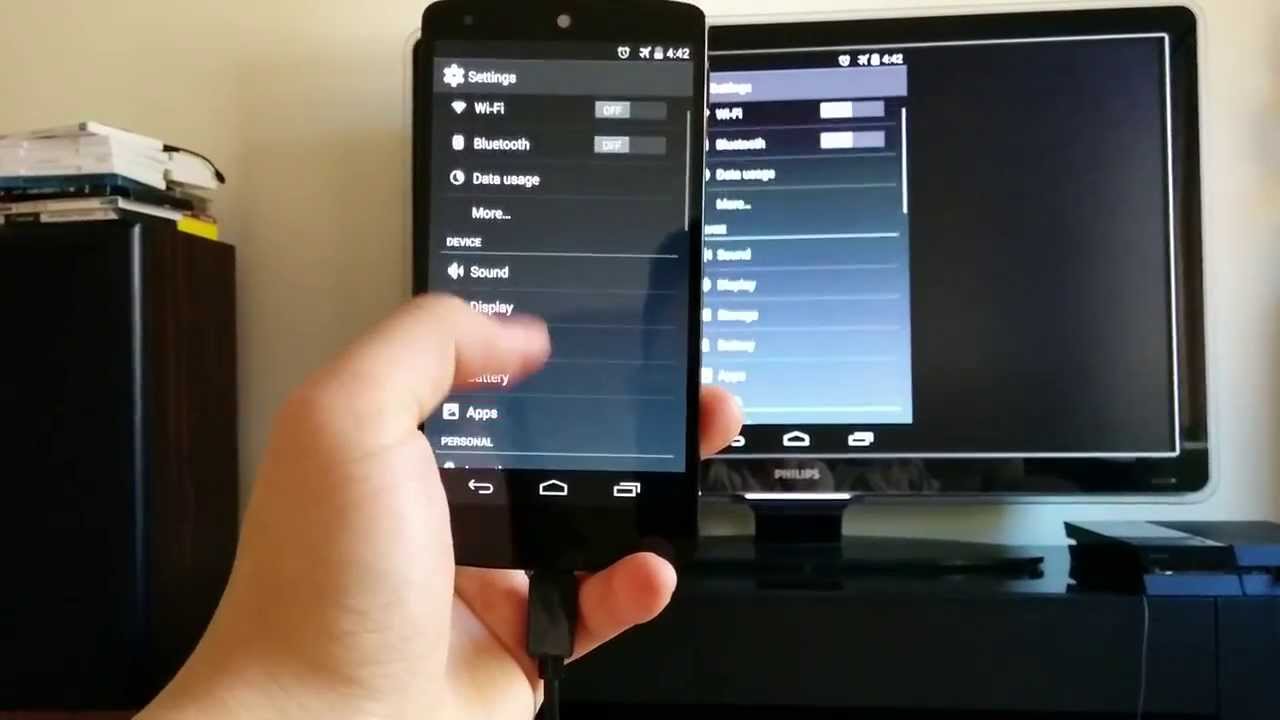 Like HDMI, MHL and Slimport support both audio and video, with up to 8 available channels of surround sounds. Both usually require breakout boxes (this is a little dongle between your TV and Smartphone which converts the signal from the device and makes it compatible with HDMI.

Prepare to spend between $5 and $20 for either an MHL or Slimport signal converter. It is a little more costly than using a Smartphone that has an HDMI output, but MHS specifically is supported by a large range of tablet and phone manufacturers.

MHL has gone through several versions: we are currently on the third version, which costs slightly more but improves the maximum resolution to about 4k. This is similar to Slimport and implies that both standards provide very similar technical specifications.

One advantage of MHL is that it has support from several Television manufacturers: check on the back of your television to see if there is an MHL logo above the HDMI port. If it does, an HDMI to micro-USB cable can be used to connect them – the HDMI cable passes power to your Smartphone or tablet, which means there will be no need for extra cables or adaptors. That’s a plus!

If your television does not support MHL, or you’ve got a SlimPort device, you will need to purchase an adaptor. Users of Slimport should expect to spend about $15, while users of MHL may pay a bit less. If you are using MHL, you may likely require an external power source: the latest version of MHL can draw about ten Watts from a host device.

You do not need an external power supply with Slimport (it draws a little quantity of power from the device), making it less cluttered to set up. Both devices require the Smartphone’s screen to be on, so breakout boxes usually come with a micro-USB port for a charger to be connected.

Support for Slimport and MHL varies largely. With 3 different MHL versions available plus Slimport, you will need to check the specs of your device before purchasing an adaptor.