The Georgia attorney general has appointed a black female prosecutor to oversee the case of Ahmaud Arbery, the 25-year-old African-American man who was shot dead by two white men back in February.

The prosecutor, Joyette M. Holmes, who is from Cobb County in the Atlanta metropolitan area, where she is the first African-American to serve as district attorney, was appointed on Monday.

She becomes the fourth prosecutor to take the case, superseding Tom Durden, who reportedly requested to be replaced by a prosecutor with a larger staff citing the cases’ growth ‘in size and magnitude.’ 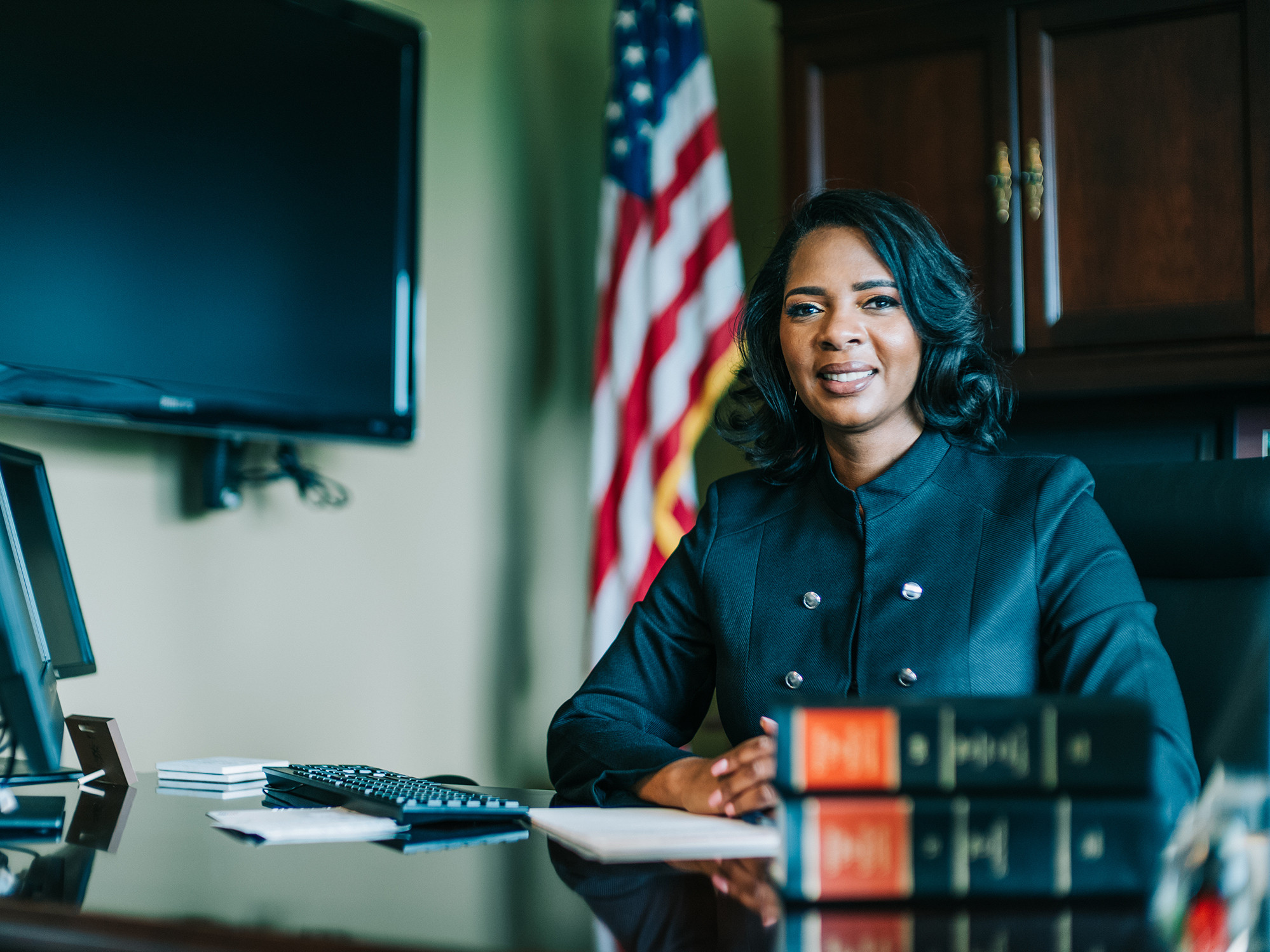 Officials confirmed that she will be overseeing the prosecution of Gregory McMichael, 64, and his son Travis McMichael, 34, who were recently charged with murder and aggravated assault after a graphic video of them pursuing Arbery in a pick-up truck and then shooting him dead in a Brunswick, Georgia street surfaced online last week.

‘District Attorney Holmes is a respected attorney with experience, both as a lawyer and a judge,’ state Attorney General Chris Carr, a Republican, said in a statement. ‘And the Cobb County District Attorney’s office has the resources, personnel and experience to lead this prosecution and ensure justice is done.’

An attorney for Arbery´s father, Marcus Arbery, applauded the appointment of a new lead prosecutor in a statement.

‘In order for justice to be carried out both effectively and appropriately in the murder of Ahmaud Arbery, it is imperative that the special prosecutor has no affiliation with the Southeast Georgia legal or law enforcement communities,’ attorney Benjamin Crump said in a statement. He asked that Holmes ‘be zealous in her search for justice.’