Zylofon Media, communications outlets belonging to the embattled Menzgold Chief Executive Nana Appiah Mensah, have announced they are shutting down following a court order empowering the Economic and Organised Crime Office (EOCO) to take over assets of their boss.

A statement by EOCO stated that all persons including employees of affected companies with properties belonging to Mr. Mensah popularly known as NAM 1 must send them to the EOCO office or will constitute a contempt of court.

This comes after the EOCO on January 15, froze some accounts of the embattled Chief Executive Officer of the gold dealership firm.

Following the arrest of NAM 1 in Dubai, a delegation from Ghana left to the United Arab Emirates (UAE), to engage authorities there on the next line of action.

NAM 1’s extradition to Ghana became of interest to Ghanaian authorities after an arrest warrant was issued for him back home, over his company’s inability to pay thousands of Ghanaians their investments.

The Ghanaian delegation, however, failed to negotiate NAM 1’s release after it emerged that he had been charged for misdemeanour in Dubai and would be put before court in that country on February 2. 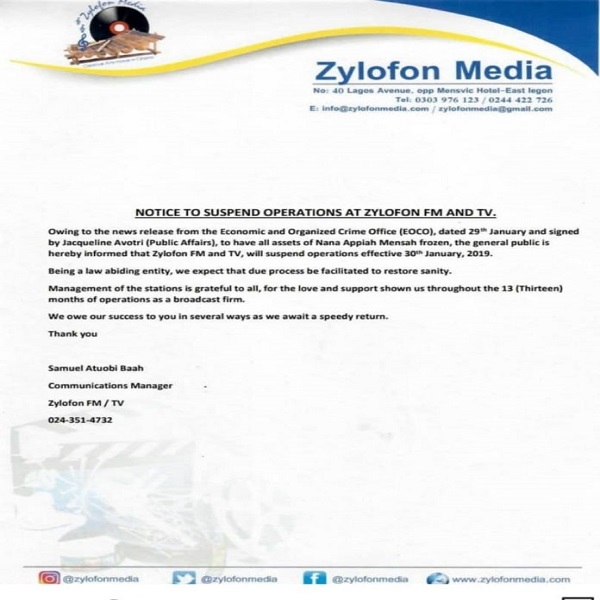