Italian football club, AC Milan paid an emotional tribute to Kobe Bryant in a spectacular way before and during Tuesday’s Coppa Italia clash with Torino at the San Siro.

Kobe, who grew up in Italy between the age of 6 and 13, was a strong Milan supporter, with Marco van Basten being his idol.  The NBA legend died with his 13-year-old daughter, Gianna, along with seven others in a helicopter crash in Calabasas, California on Sunday, January, 26, 2020. 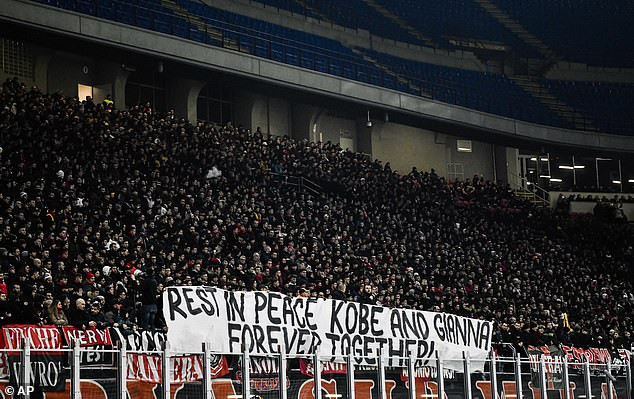 Before the clash between AC Milan and Torino, the words ‘Legends Never Die’ and ‘SempreKobe’ – a play on the ‘SempreMilan,’ or ‘AlwaysMilan,’ hashtag often used by the club, were displayed on the advertising boards around the San Siro while images of Bryant were shown on the giant screen during the warm-up period. 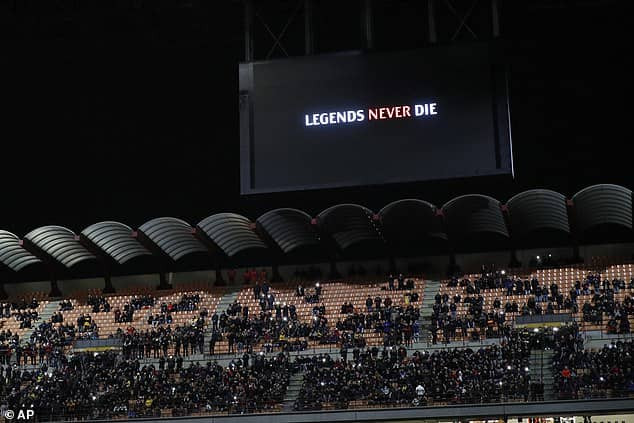 As soon as teams came out for kick-off, the stadium light went off as the public announcer paid tribute to Bryant while fans applauded and held up phone lights. The song ‘Who wants to live forever’ by Queen was then played. 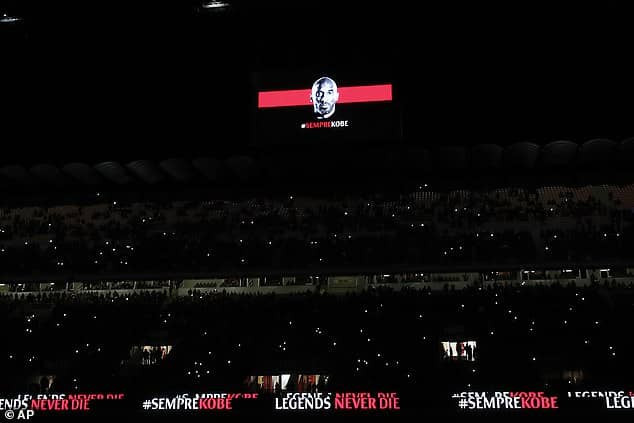 Both teams also wore black armbands. And in the 24th minute, fans around the stadium including a supporter who wore Lakers jerseys with Bryant’s name on the back stood to applaud in tribute to Bryant, who wore No 24. 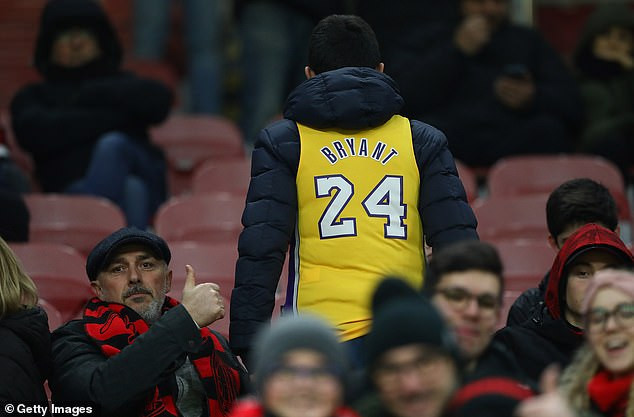