Jose mourinho’s united team travel to anfield to face liverpool on sunday with the match between the both teams, one of English football’s top rivalries and — with Liverpool’s strong home record,  it could be a nightmare for united come Sunday. 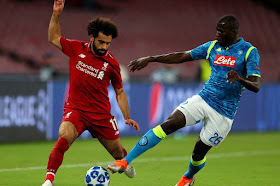 Already, Jose mourinho looks to have given up hopes  of securing a top four finish this season after he claimed that united will not be able to compete with the likes of Liverpool and Manchester city because  of the  heavy summer spendings, from both teams.

Sitting on top of the table is Liverpool, who are in perpetual search of that first league title since 1990, this have been the story of the season to this point. The Merseysiders remain unbeaten through sixteen matches and currently hold a slim lead over Manchester City at the top of the Premier League table. They struggled a bit in Champions League Group C, but their league form has been nothing short of incredible.

Although Liverpool might be red hot at the moment, it’s is important to note that The last time Liverpool seriously challenged for their long-coveted Premier League title, it was José Mourinho’s Chelsea that crashed the party. The Anfield crowd expected a coronation on that 2014 day, but a Mourinho masterclass (along with that infamous Steven Gerrard slip) proved the difference. Let’s hope for another of those on Sunday.

Our key man Mo Salah is up and running again and this is coming at the right time. He followed up his weekend hat-trick at Bournemouth with the winner against Napoli that sent Liverpool through to the knockouts. 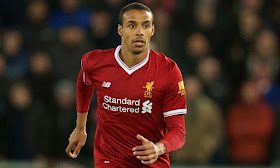 Our injury list might give united a little upper hand as our defenders are rocked by injuries.  Defenders Trent Alexander-Arnold (foot) and Joel Matip (broken collarbone) both suffered injuries late in the match against Napoli. They join Joe Gomez in the physio room and give Klopp a selection headache for this weekend.

Adam Lallana, Clyne, Chamberlain, are also sidelined and wont be available for selection on Sunday.

Shaqiri was an unused substitute against Napoli and given his magical performance during his introduction as a second half substitute back in preseason in the game against Manchester united, he will surely strike fear into the hearts of the united defenders.

With Trent Alexander-Arnold out, I expected to a make shift utility player in James Miller coming in to replace him at the right back position as all other options are not available.

Sadio Mane was wasteful against Napoli he could have scored two or more goals if he was more composed in front of goal. We hope he bits harder at the united goal come Sunday. 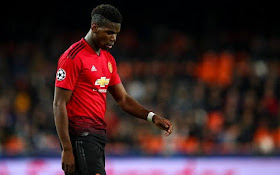 Regarding Paul Pogba, his lackluster display against Valencia hardly makes the case for his recall on Sunday. The French midfielder has been on the bench in United’s previous two league matches, in which the Reds played pretty well in his absence. There’s even been suggestion from some quarters that United play better without Pogba.

“[Chris] Smalling is injured, [Victor] Lindelof is injured. [Matteo] Darmian is injured. [Anthony] Martial is injured. [Diogo] Dalot is injured. The only two players I could bring and I didn’t were De Gea and Matic. You are the first ones to make statements saying how many minutes Matic is playing, saying week-after-week he needs a rest. If he doesn’t have a rest when we’re already qualified, he will play until he explodes! Of course, it’s a normal option to leave him out.

”With David, it’s a question to give a match or not to [Sergio] Romero. Marcelino did the same with [Jaume] Domenech. Romero is such a good goalkeeper I even played him in the Europa League final a couple of years ago. Two chances to say they could play but, apart from that, nobody.

“Last week, we had three matches with the majority of players playing all the time. I had no other options including a player like Rojo, who I expected to play today and give a rest to Young for example. At half-time, Rojo is injured and is out. The players I play in this match, if it was a match to decide the group, would be a very similar team. That’s the reality.” 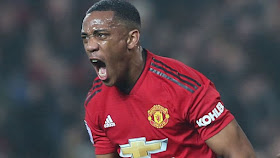 The likes of Martial, Shaw, Smalling, Dalot and Rojo will all need to be assessed before their availability for the Liverpool game is determined but it remains to be seen how many of United’s casualty list will make the trip to Anfield this weekend. 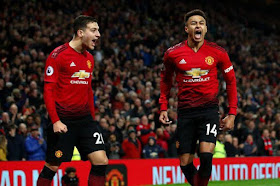 Other key players like  De Gea and Matic will be recalled so Man Utd should have a stronger eleven on show than the side that faced Valencia last night.

Results from last there meetings: