Nigerian striker, Odion Ighalo has revealed he is determined to push Manchester United up the Premier League table after signing a contract extension that will keep him at the English club till January 2021.
Shanghai Shenhua, Ighalo’s parent club in China initially wanted to only let go of Ighalo if Manchester United buys him for £20m, but new border rules brought about by Covid-19 meant even if Ighalo had left Manchester United at the end of May it would have taken him over a month before he could enter China, a reality that spurred contract negotiations between both clubs.

On Monday United finally confirmed they had agreed a loan extension for the Nigerian. The deal, which does not include an option or obligation to buy, will keep him at the club until January 31, 2021 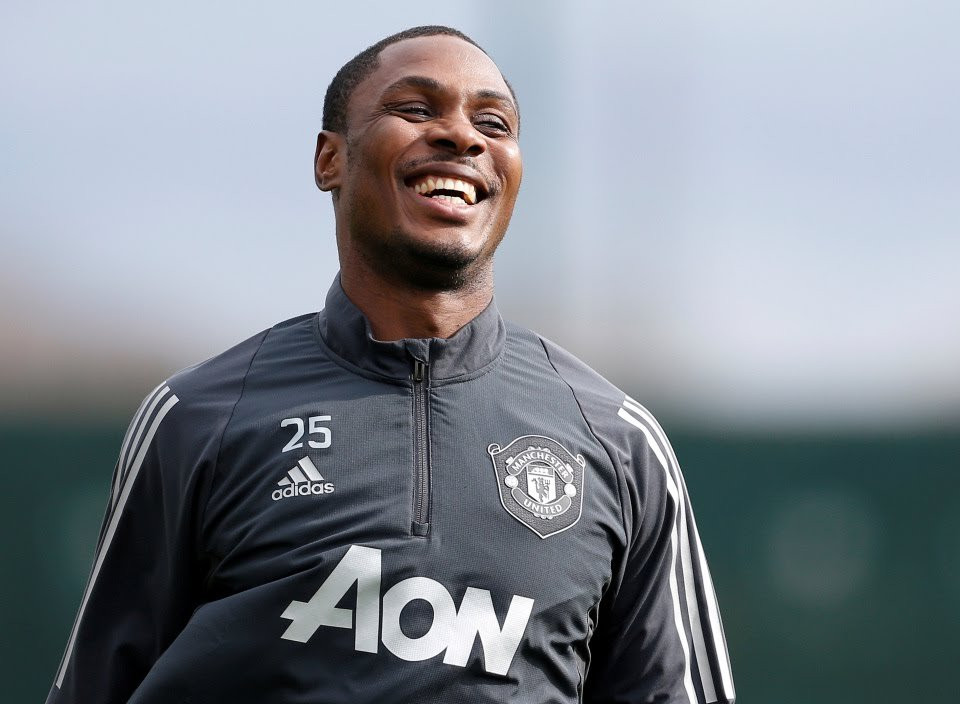 Ighalo, 30, says he’s overjoyed to have extended his stay at ManU as it has been his dream to represent the club he supported as a child.

“I’m really happy. It’s a dream for me to be here. I’m buzzing and ready to go,” Ighalo told MUTV on Tuesday.

“The last few days have been difficult as there have been different talks about it but now I’m really happy so I need to concentrate fully. I’m here until the end of January, so it’s good for me.

“I decided I want to stay and I’m happy. Since the first day I arrived, I made it clear that I wanted whatever it takes to continue that work. It was very difficult, there were some talks, but I’m happy they finally agreed and got everything done. Everything is official now.

“I’m sending thanks to the Shanghai president and director for the support because they know this is what I want. So I’m thanking them and I’m happy that this has happened. They wish me all the best too.

“Like I’ve said, since I was young, I’ve been supporting this club and playing for it is a dream. Now I’ve extended my loan, it makes it even more clear and I’m committed as I know, in my head, I’m here until January ending. I just want to work hard and enjoy it, support the team and do whatever I can to make us go higher and higher.”

“It’s different from where I’m coming from and different to where I was before,” he said. “It’s something I’ve never seen before and it makes me wonder if I’m dreaming or it’s reality.”

“I’m getting better and better every day,” he told the club’s website. “We have been training together the past two weeks now, so it’s getting close to the game. The sharpness is coming, the fitness is coming and everything is going well.

Speaking about how Covid-19 has affected his training at Manchester United, Ighalo said;

“It’s been strange, you know, because you have to stay two metres apart to talk to your team-mates. Sometimes, you need to get close to give them some signs but now it’s two metres and it’s kind of strange.

“But this is what we have to do for us to be safe and for the game to go on. We are ready to do it and we’re happy to do it. Everybody is looking good. Running, working hard and playing football. Little two-a-sides and doing some ball work.

“I can’t wait for the league to start again. I’m really looking forward to it. We’re working hard and I believe we’re going to do great.”

Ighalo initially joined United in a Deadline Day move in January and scored four times in eight appearances in all competitions prior to the suspension of the Premier League.