October 27, 2020
Home US Old tweets of Trump criticizing Obama for golfing during the Ebola crisis resurfaces after Trump was pictured playing golf amid Coronavirus pandemic

Trump was pictured golfing this weekend, days after ordering State governors to allow people attend churches and other places of worship this Sunday, even as the US death toll from the Coronavirus pandemic reaches 100,000. 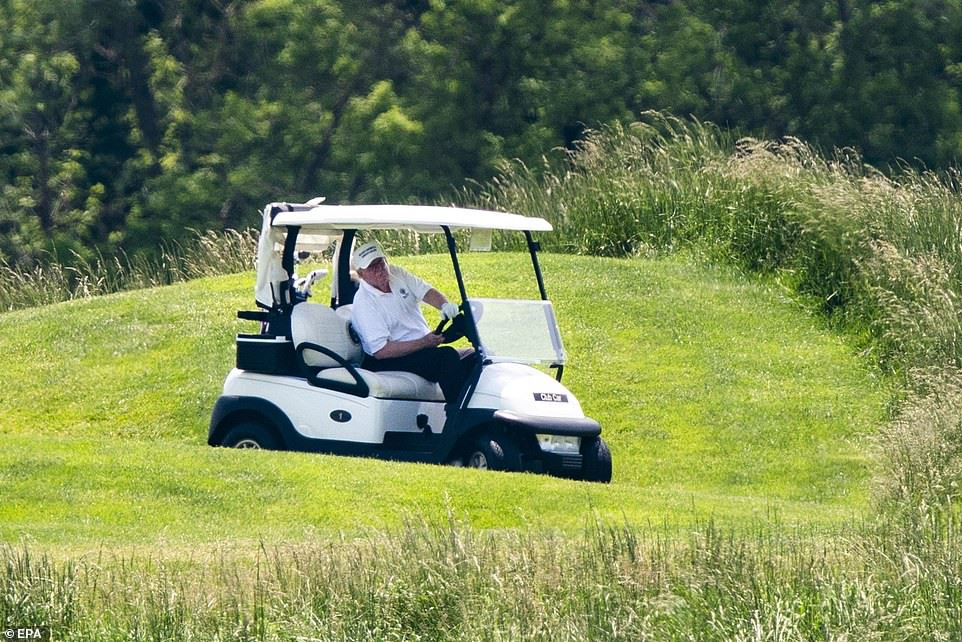 While playing with three other people at Trump National Golf Club in Sterling, Virginia, the Secret Service agents accompanying him wore masks, the president and his golf partners did not. Trump also rode alone in his golf cart and did not appear to have a caddy with him.

Trump first appeared on the golf course on Saturday and reportedly played some golf before partaking in more extensive golfing on Sunday even waving to press at one time. 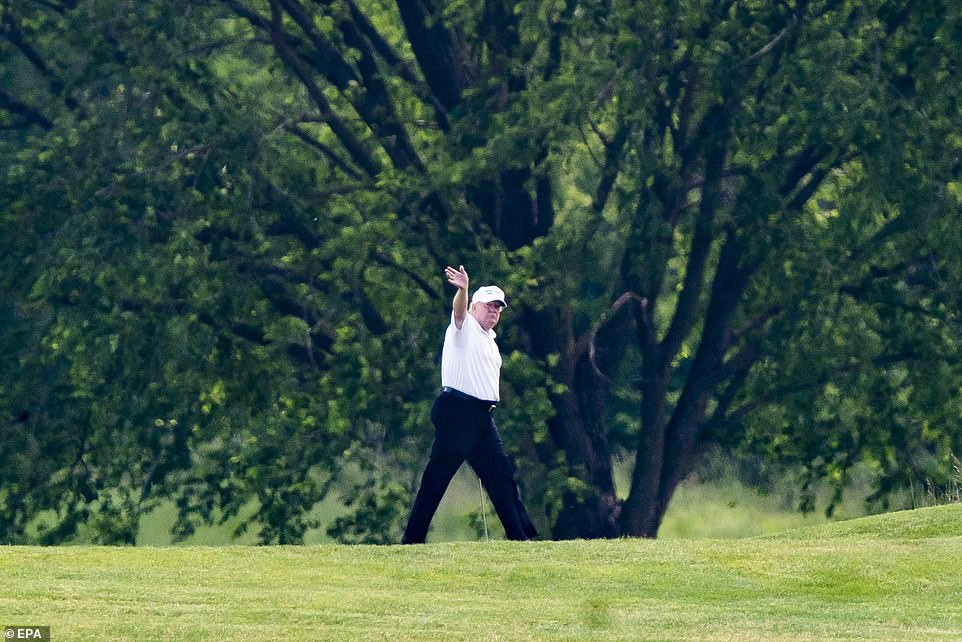 Trump’s golfing this weekend comes in stark contrast to his condemnations of Obama for golfing in 2014 after a second case of Ebola was confirmed in the United States.

At the time, Trump called into Fox and Friends to say that “when you’re president, you sort of say, like, I’m going to sort of give it up for a couple of years and I’m gonna really focus on the job,” adding that “there are times you can play and times you can’t play. It sends the wrong signal.”

He also made some tweets deriding Obama… Fast forward six years later, Trump was  pictured golfing as the US Coronavirus death toll reaches 100,000. 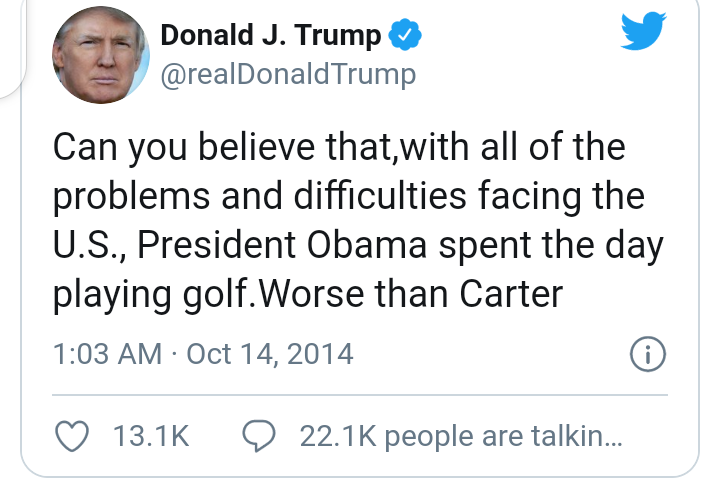 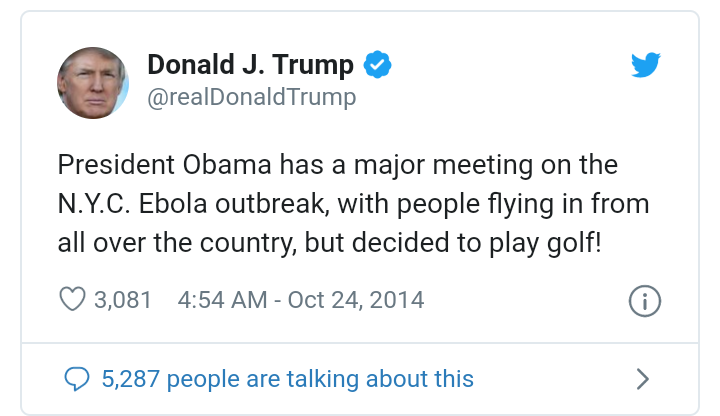 Trump’s old tweet has since gone viral as he’s being called a hypocrite for doing the exact thing that he slammed Barack Obama for doing in 2014.

More photos of Trump golfing below. 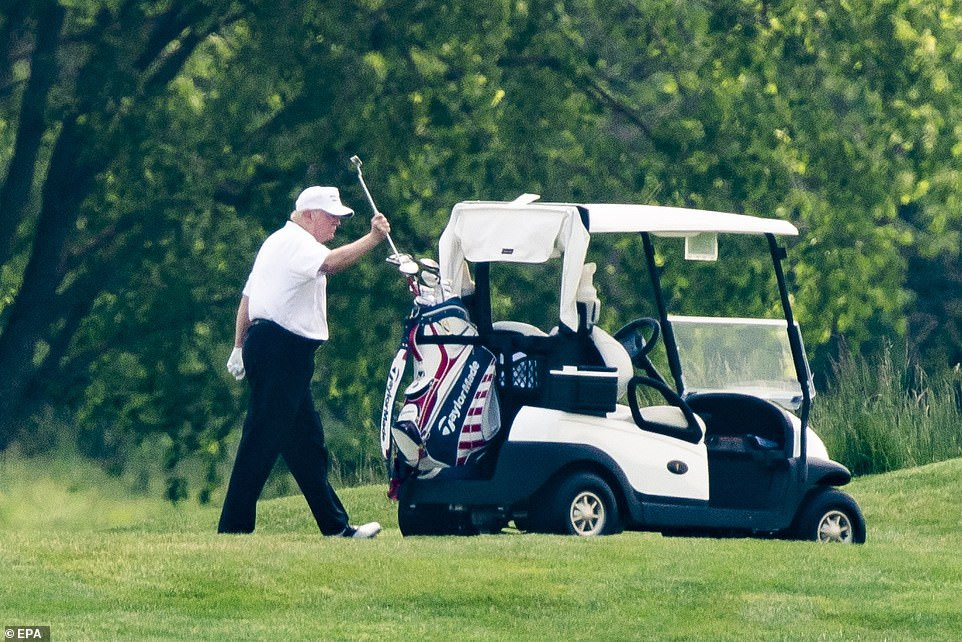 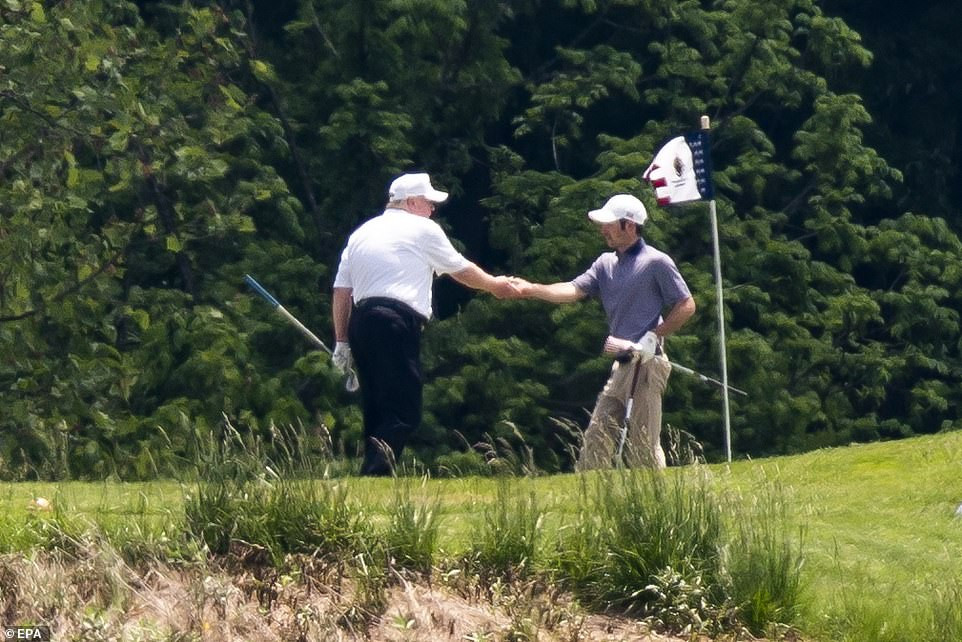 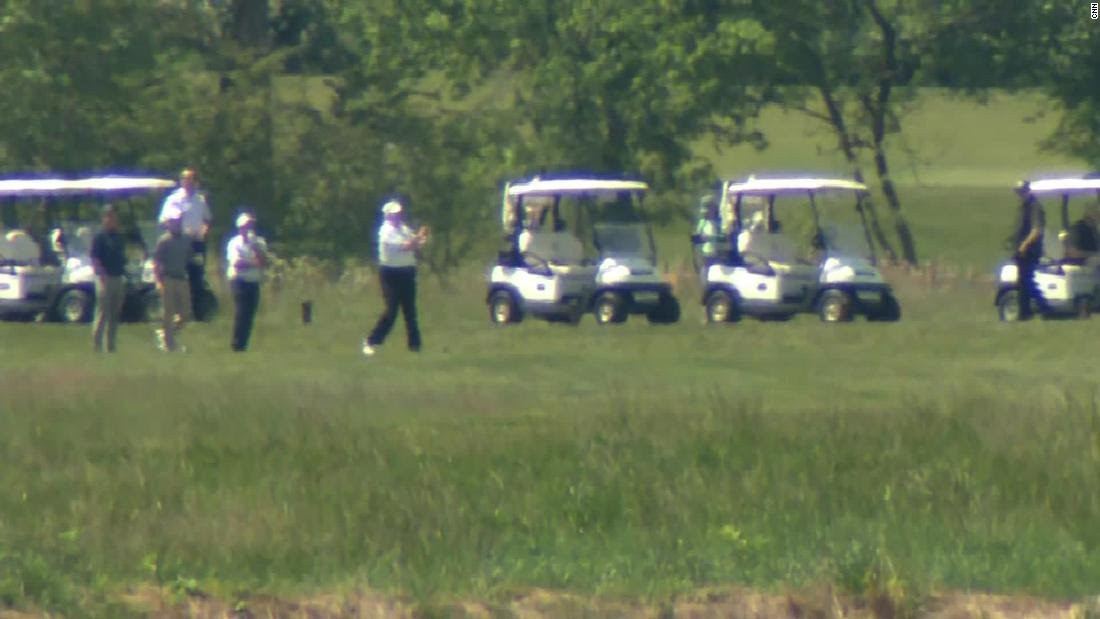 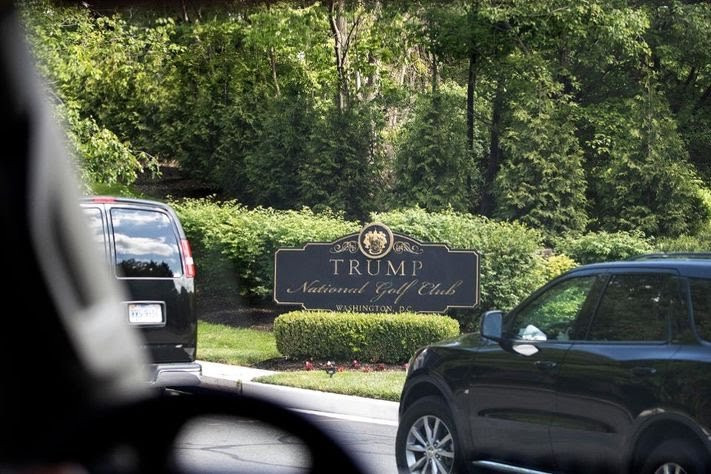