April 08, 2020
Home US ‘They’ve been social distancing since 1986’ ‘Gayle’s in her bed” – Hilarious social media reactions after Oprah Winfrey quarantines her boyfriend of 24 years in her guest room

Social media users have reacted hilariously after a video was shared on Twitter showing media mogul, Oprah Winfrey, quarantining her boyfriend Stedman Graham in her guest house after he returned from a business trip last week.

The 66-year-old talk show host and Billionaire who suffered from pneumonia late last year and took antibiotics for a bronchial infection last week, decided not to take chances by quarantining Stedman who she’s been dating since 1986, in one of her guest houses at her mansion.

“The procedure is you ain’t coming and sleeping in my bed,” Oprah said in an Instagram live video with the Oprah Magazine’s digital director Arianna Davis . ”
Literally…he goes, ‘I’m not?’ I go, ‘Oh, no no no no. It doesn’t work that way. Have you not been paying attention to the news? Social distancing doesn’t mean you’re going to sleep in the bed with the person when you just got off American Airlines….We cannot play that game. We’re taking it very seriously.”

After Radio Host Sunni uploaded a video on Twitter of Stedman social distancing at the guest house, social media users joked that she had been quarantining Stedman since they started dating while some jokingly said she was in her bedroom with her alleged ‘girlfriend’ TV Host, Gayle King.

Lmao! Oprah got Stedman social distancing at the guest house

1,160 people are talking about this 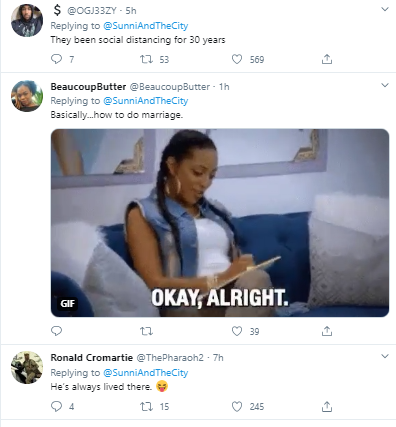 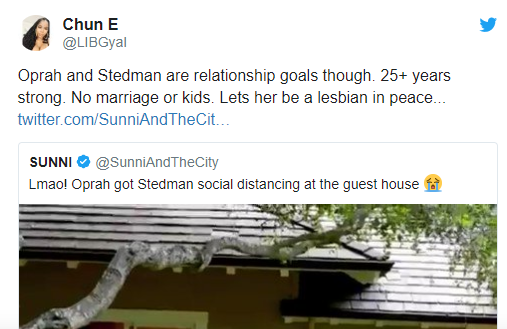 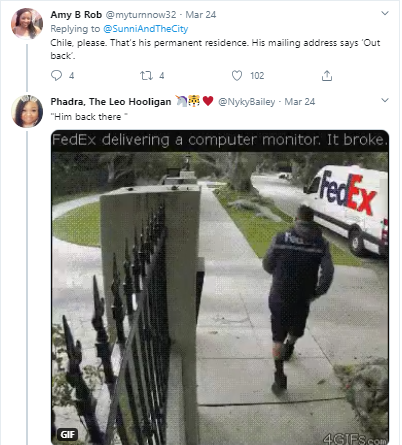 바카라사이트: I savor, result in I found exactly what I used to be looking for. You have ended...

p90x fitness challenge: For most recent news you have to pay a visit web and on internet I found this we...

카지노사이트: It's going to be end of mine day, but before ending I am reading this wonderful...

샌즈 카지노: When someone writes an post he/she retains the image of a user in his/her brain...