Regular elections have been a feature of South Africa’s political landscape since the establishment of Union of South Africa in 1910. With the adoption of the Union Constitution Act of 1910 the two dominant white political interests, the English colonial territories and recently defeated Afrikaner republics agreed to create a new white minority state in which blacks and white women were denied the right to vote.

During negotiation to establish a new nation, within the folds of the British Empire, there was an agreement that the right to vote be enjoyed by Coloureds and Africans in the Cape Province (currently Eastern, Western and Northern Cape Provinces), plus that of a small number of Indians who enjoyed the right to vote in a few Natal municipal districts will not be tampered with. It is significant that in the elections of 1910, held simultaneously with Provincial elections, Dr. Abdullah Abdurahman, leader of the African People’s Organisation (APO)  was elected to the Cape Provincial Council. 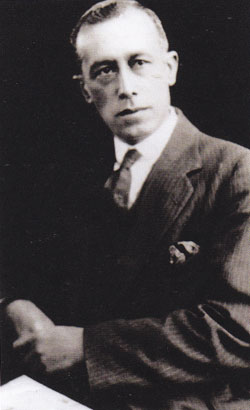 In 1930,  after a spirited struggle the vote was extended to White women. And in 1936 the Coalition Government made up of Afrikanar Nationalist Party headed by General Hertzog and the South African Labour Party took away their right of the African voters in the Eastern Cape. In 1950 the Nationalist Party headed by DF Malan changed the constitution to remove the right of coloured people in the Western Cape to vote.

The New white minority state’s constitution and state was modeled on the Westminster system with a central government and a senate. There was a strict separation of powers between the Legislative and Judicial spheres of government and the creation of four provinces each with its own provincial legislature with limited powers.

The Cape Colony is considered “one of the great paradoxes of South African history for having spewed forth the forces of dispossession and subjugation, and yet remained a bastion of egalitarianism embodied in the nominally non-racial Cape Constitution of 1853.” (Lodge (ed),1986: p144.)

The white minority state recognized realized that they had to find a way of accommodating the demands of Black people for basic rights enjoyed by whites or the country will be plagued by continued unrest. Smuts in his famous address in May 1917 at the imperial institution in London outlined the rationale for segregation and the denial of the votes and rights.

“We have realized that political ideas which apply to our white civilisation largely do not apply to the administration of Native Affairs”¦. And so a practice has grown up in South Africa of creating parallel institutions – giving the native their own separate institutions on parallel lines with institutions for whites. It may be that on those parallel lines we may yet be able to solve a problem which may otherwise be insoluble”¦. Instead of mixing up Blacks and Whites in the old haphazard way, which instead of lifting up the Black degraded the Whites, we are now trying to lay down a policy of keeping them apart as much as possible in our institutions. In land ownership, settlement and forms of government we are trying to keep them apart, and in that way laying down in outline a general policy which it may take a hundred years to work out, but which in the end may be the solution of our Native problem.

The government developed a number of strategies to ensure that Black aspirations would be satisfied firstly by entrenching the power of the Chiefs in those areas designated “Native Reserves” as the representatives of the people. Secondly the state in certain urban locations established limited local government institutions to which people were elected. . The exclusion of Blacks from representative bodies throughout South Africa could not be absolute.

Representation for Blacks was provided for in bodies like the Native Representative Council (NRC) and the Coloured Representative Council. The latter was introduced in an attempt to water down Coloured people’s right to vote as provided for in the Union Constitution. At different times during the 20th century, successive governments tempered with Black political representation. In the case of Blacks outside the Cape Province, this led to the establishment of homelands and dissolution of the NRC.

In this feature we have selected “turning- point” elections that became political expressions defining modern day South Africa for generations. The 1910 election gave expression to the majority of white South Africans’ desire for the forging of a racially divided society. The second in 1948 was an expression of a lack of confidence in the ability of segregationist policies to contain Black resistance to white rule. The third held in 1994, represented the triumph of the struggle for non racial democracy over systems based on racial oppression. Each of these will be examined in greater detail. Between these periods of major elections, there were other elections whose significance is not as defined as the three discussed below. They will be referred to whenever they become pertinent.