The United States of America has denied the United Kingdom’s request to extradite American citizen Anne Sacoolas, the wife of an American diplomat, who killed British teenager Harry Dunn last August due to reckless driving. 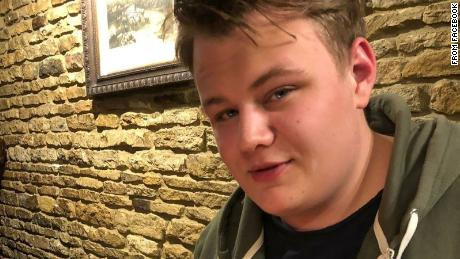 Harry Dunn, 19, was riding a motorcycle on August 27 when he was struck by a vehicle driven by Sacoolas that was traveling on the wrong side of the road in Croughton, central England.

Croughton is home to a Royal Air Force station controlled by the US Air Force and after the accident, Sacoolas claimed diplomatic immunity and left the country.

The UK authorities after reviewing the case decided to push forward legally against Sacoolas by filing an extradition request to the US government, but the US government has now denied the request saying granting such an extradition “would render the invocation of diplomatic immunity a practical nullity and would set an extraordinarily troubling precedent.

“The United States has a history of close law enforcement cooperation with the United Kingdom, and we value that relationship,” the US State Department spokesperson said.

“The United States government again expresses its sincere condolences and sympathy to the Dunn family for the loss of their son.”

“We express our deepest sympathies and offer condolences to the Dunn family for their loss. We will continue to look for options for moving forward. We are disappointed by today’s announcement and fear that it will not bring a resolution closer,”

“This was a tragic accident, a young man has lost his life, and his family is grieving. No one could hear about this tragic accident and not feel incredible sadness over this loss.”
the State Department spokesperson said.

Foreign Secretary Dominic Raab, reacting to the US’ decision said: “I called the US Ambassador earlier to express the government’s disappointment about this decision. We feel this amounts to a denial of justice, and we believe Anne Sacoolas should return to the UK. We are now urgently considering our options. I also explained that the UK would have acted differently if this had been a UK diplomat serving in the US.”

US leader, Donald Trump, previously said that he understands the Dunn family’s anger and called it a “tragic accident.”

Donald Trump visits Taj Mahal after pleasing India with tough talk on terror and trade Mr Trump basked in the adoration of his hosts, but progress on trade is unlikely before November’s US presidential election.

schnapps cocktails: naturally like your website but you need to check the spelling on several of you...

Google: Google Although websites we backlink to beneath are considerably not connected t...

평택마카오 환전: I want to to thank you for this great read!! I definitely enjoyed every little b...

천안바카라 커뮤니티: I have been surfing online greater than 3 hours as of late, but I by no means fo...