A virtual meeting of South African lawmakers was disrupted as hackers flooded the Zoom video call with pornographic images.

South Africa’s parliament is closed and all its meetings are currently held by video conference calls as the country remains under strict lockdown restrictions to combat the spread of the coronavirus.

During a meeting today, May 7, members of South Africa’s Parliamentary Programming Committee were confronted by graphic, sexual images. This forced a major delay in proceedings. 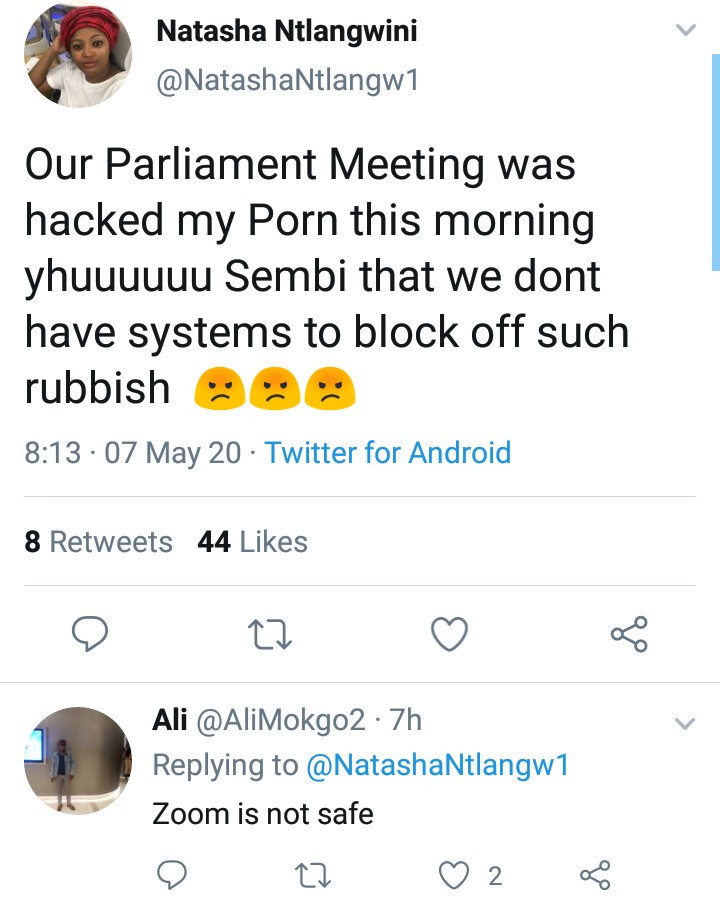 The hackers also hurled racial and sexual insults at the meeting’s chairwoman, Thandi Modise, who is the speaker of the National Assembly.

A shocked Modise said that she had earlier warned about using the virtual meetings platform Zoom for the meeting.

Several people on the now-infamous call reacted with horror. The broadcast was also meant to play on DStv’s Parliamentary channel (408), but the stream was shut down before a national audience could witness the “Zoom-bombing”.

The parliamentary meeting later continued with a different link. 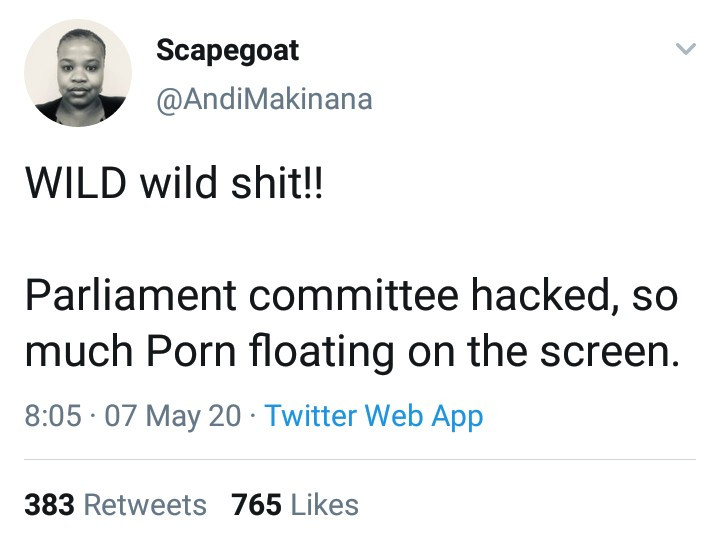 This is not the first time something like this has happened in South Africa. A public webinar hosted by Women, Youth and Persons with Disabilities Minister Maite Nkoana-Mashabane was hacked last month. The hijacked call instead displayed images of pornography at the department’s expense.

Department spokesperson Shalen Gajadhar said the session was made public to increase attendance on the video conferencing app Zoom, but hackers took control of the screen and displayed pornographic images. Gajadhar said the department had since increased its security measures, but clearly, that move hasn’t been universal.

Zoom has been facing criticism internationally as a result of reports of hackers who disrupt meetings by posting offensive content.

Zomb-bombing, or the hacking of Zoom calls, has been frequent in recent weeks as new users join the platform amid the battle against the spread of COVID-19 and the cancellations of public meetings and events.