Thomas Thabane, Lesotho’s 80-year-old Prime Minister, says he’s no longer “energetic” and will step down in July as the country’s leader, after facing political pressure to resign over his alleged involvement in the 2017 murder of his ex-wife. 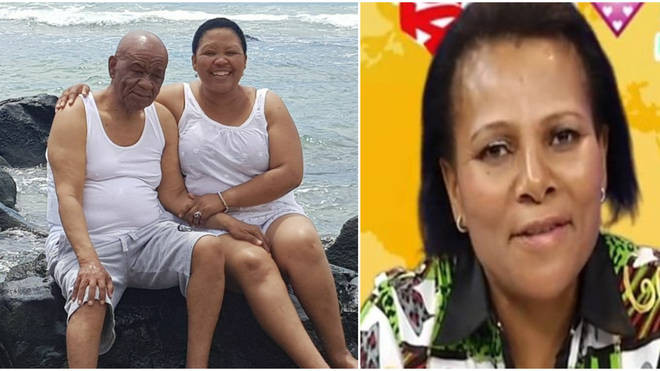 Thabane’s former wife, Lipolelo, pictured right, was shot dead by gunmen shortly before his inauguration as the prime minister. Thabane and Lipolelo were separated and had been pursuing a divorce before her death. Shortly after her death he married his current wife, Maesaiah Thabane, pictured left with the prime minister.

His current wife has been charged in the murder but granted bail. The country’s police sought to charge the prime minister with Lipolelo’s murder, but his lawyers argued he should be granted immunity against prosecution. Thabane and and his wife have not spoken publicly about the allegations

Thabane, whose term ends in 2022 says he is tired of ruling the country and has decided to leave voluntarily due to his old age.

In the statement announcing his planned exit, Thabane said;

“To my colleagues in the political arena, this is not the time to divide our nation. This is the time for us to join hands and build our institutions as well as marshal our country to lasting peace and prosperity,”

“The job of Prime Minister requires sensory perception as well as rapid and physical strength. Due to my age, I am no longer as energetic as I used to be. As such, I have decided to voluntarily vacate office and hand over the reins of Government in accordance with the laws of Lesotho,” Thabane said.

In April, Thabane deployed the military into the streets to restore peace and order amid protests in the capital Maseru after he suspended the parliament for three months after lawmakers planned to pass a vote of no confidence in his leadership