A driver was lucky to escape unhurt after her car plunged into a hole when the bridge it was on collapsed.

The bridge collapsed when a large truck went over a crack in the road, causing the tarmac to crumble. The car quickly following behind then drove right into a hole created by the collapsed bridge. 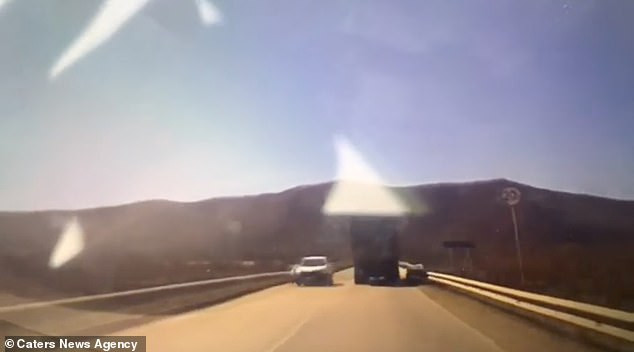 Karina Bertnikova, who was driving the car, survived.

The aftermath of the incident is seen in a video from the incident which occured in Primorye, Russia. It shows the silver saloon car trapped at least five-feet below the surface of the crumbling bridge. Officials can be seen entering the hole to inspect the car as the camera operator pans around to show what happened.

Ms Bertnikova said: “It is not known for certain why the bridge collapsed, but no one was hurt.”

“I was very scared, but I’m very glad that I was not injured,” she added.

Watch the video below.